Salaamu alaykum peace upon you,

I am so grateful to have gotten through the past month. It has had it’s upsides and its downsides, but ultimately I can say I learnt a lot. Alhamdulillah, all praise is due to Allah.

Today, whilst I was painting my nails, and watching Supernanny, I got to thinking about one of my younger brothers. He’s a really cool kid. He’s intelligent, funny, and he can be considerate, when he wants to be! 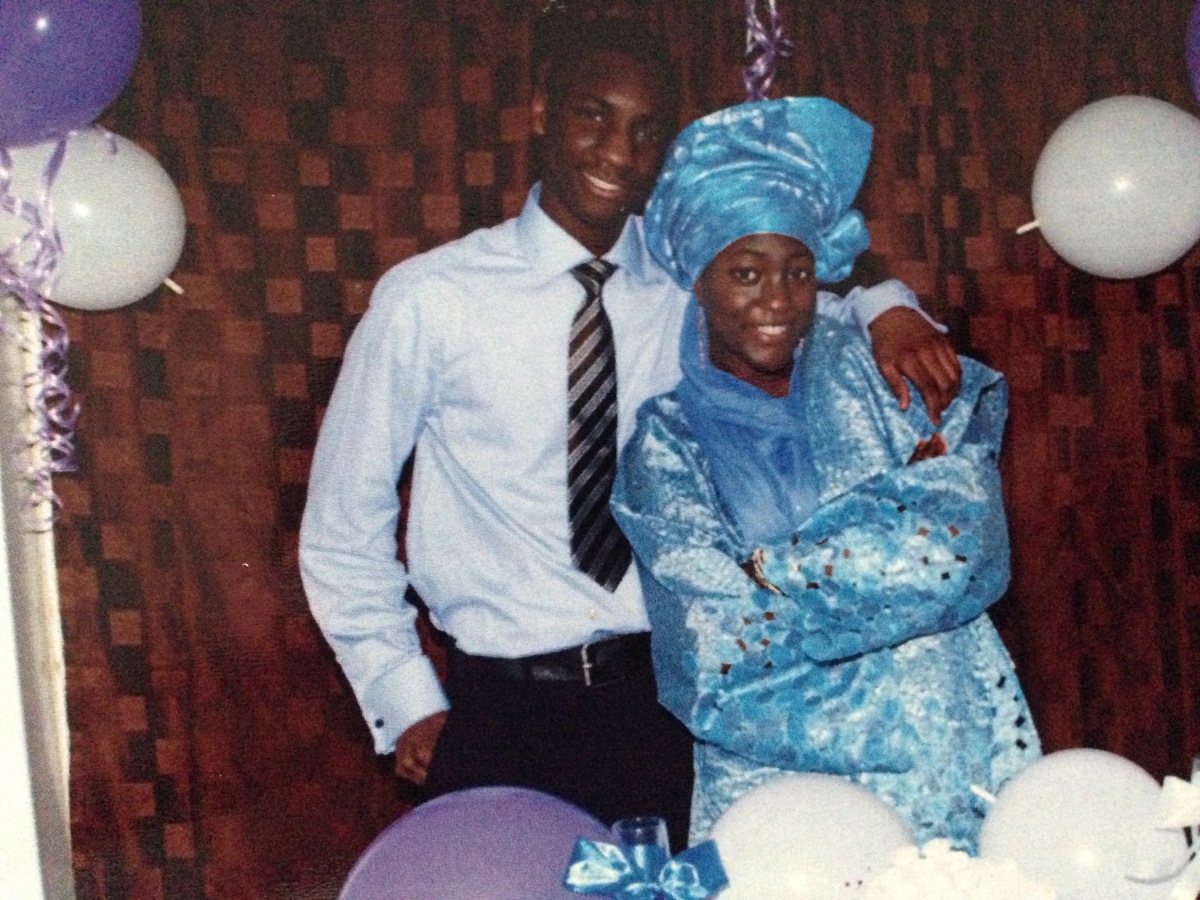 I was trying to think of ways to improve our relationship with each other, and find a way to gain a bit more respect as (I’m sure a lot of elder siblings can attest to this,) sometimes that respect just isn’t apparent. I’m not saying this is necessarily all down to him. I’m sure I don’t always make myself easy to respect. I’m going to try and work on that. 🙂

This article was written by Abid Mohammed. It was enlightening, well written, and because I found it a beneficial tool in my reflections, I decided to share it here.

Our Idiot Brother: 7 Things You May Not Know About Your Younger Sibling
by Guest AuthorsJune 19, 201319 Comments8 min read
http://www.flickr.com/photos/sheepies/4738677608/By Abid Mohammed

“‘Joseph and his brother are more beloved to our father than we, while we are a clan. Indeed, our father is in clear error.’”

It’s always interesting to hear older siblings complain about their younger brothers and/or sisters. From the formers’ words, you would think that the latter were a race of incompetent, homer-esque individuals, whose talents include the ability to get under your skin and the complete inability to follow simple instructions or even pay attention to anything for more than a few seconds. In fact, if they were reading this article, the poor souls wouldn’t even have made it this far. And the reason for their appalling and atrociously substandard behavior: “Because that’s just the way they are,” the older siblings reply. But is that who they are? Do they know any more about their younger siblings than the brothers of Yusuf `alayhi as-salaam (may peace be upon him) knew about him (as)? (Apart from the fact that Yusuf and his younger brother were clearly troublemakers!). Unfortunately, that doesn’t seem to be the case, which is why I’d like to take the opportunity to provide just a few insights into the mind of our younger brothers and sisters. Enjoy.

This is their default status. As an older sibling, you are their example. They will copy everything you do, even on a subconscious level. From the way they speak, to the books they read, to even the way they write the letter “t” – all can be traced back to you. This is very important as it means that, for better or for worse, you have and will continue to have a tremendous impact on them. The only exception to this rule is if you do anything to lose your “hero status” in their eyes. Whether it’s misbehaving with your parents, or being narrow minded in your outlook, if you give them any reason to doubt you as a hero, they’ll react very negatively – whether it’s talking back to you, not listening to what you say or much, much worse.

So if your younger siblings are misbehaving with you at the moment – ask yourself, have you or are you doing anything that may be damaging your credibility as a role model in their eyes? And if you want them to adopt a good habit, start by adopting it yourself.

2. They Are Watching Your Every Move

By definition, if they are always looking up to you, they’re always looking at you. By looking at you constantly, they learn almost everything about you – from what kind of friends you have, to the music that’s hidden away on your laptop and even the hair products that you use! The bottom line is, if you think they don’t know what you’re up to, trust me – they know. They aren’t spying. They just want to learn more about you. You shouldn’t suddenly start looking over your shoulder every two minutes for your younger sibling to make an omen like appearance – you should be inspired to create a synergy between your public and private actions, if there isn’t already one, and if anything, to practice what you preach, if you don’t do so already masha’Allah (Allah has willed it).

3. They Are Very Obedient

“No they aren’t! My younger brother never listens to me!” But at one point they did. In fact, I believe that initially, younger siblings are very obedient, and this partly ties into their “hero-worship” mentality. They are willing to follow their older sibling off a cliff – until they lose respect for them. Then things tend to go a bit askew (and by a bit, I of course mean VERY askew). Unfortunately, the flip side of their “mega obedience” is that when they lose respect for their older siblings, they become “mega disrespectful”. It’s almost like they’re lashing out at their elders for not being the example that they wanted them to be. That initial disappointment turns into an almost vitriolic anger, which if untamed, can lead to disastrous results not only for the two individuals concerned, but for the discipline of the entire family.

4. They Are Your Friend

At least they expect friendship from you. Younger siblings are very lonely creatures. In a society where good friends are as rare as a legally parked car at Jumu’ah (Friday congregational prayer), it’s a shame then that relationships between older and younger siblings in the Muslim community are formal at best. It’s understandable that you want to hang around with your friends, but take your younger sister out now and then. Show her that you value her just as much as your friends, even though in your heart, we know you love her more. Buy gifts for your younger sibling(s) when you go shopping just to let them know that you were thinking of them. Be their friend, because if you aren’t their friend, someone else will be and there are no shortage of bad friends out there who will make short work of them. And by the way, if your younger sibling pretends like they don’t want to hang out with you, because they’re “so cool” – it’s an act. Just persist with them and you’ll see their tough guy/”whatever” attitude melt away like the ice cream you just bought for them.

5. They Have Huge Expectations From You

They can’t help it. Younger brothers/sisters expect to be taught, trained and tamed by their older siblings. They would love nothing more than the older sibling to sit them down and teach them everything from Arabic to the footballing awesomeness of Zinedine Zidane. They want to be taught how to dress, how to make friends, how to survive at University (especially if you did the same course as them), how to manage your time effectively and much, much more! And if you as an older sibling don’t know how to do any of that, then learn together with them! If you aren’t prepared to do that, then at least point them to someone who can teach them those things; the worst thing in the world is to do absolutely nothing for them. To just sit back and let them jump the same hurdles as you did breeds irresponsibility and resentment within them. If you have no idea what expectations they have of you, follow the Prophet’s ﷺ (peace be upon him) advice: “None of you is a believer until he loves for his brother what he loves for himself.” (Sahih Muslim). Whatever needs you had at that age, they too are likely to have. Or you could just tweet them a question like: “yo, bro, what are thy expectations of me? #helpme”. Whatever works.

6. They Need to be Shown That You Love Them

I bet if you asked every older sibling out there whether they love their younger sibling, most would reply, after listing all their negative qualities, “But yeah, I do love them, they’re my brother/sister at the end of the day.” But younger siblings aren’t mind readers. They don’t just magically know that you love them, especially after you’ve just shouted at them for being a total failure in life. You need to show them. Whether it’s through gifts, taking them out for dinner, buying clothes for them, taking time out to teach them Biology or reflect on a verse from the Qur’an, waking them up for Fajr, giving them advice or just saying that you love them. If you don’t show them or at least tell them, they’ll look for love elsewhere—usually in the arms of another boy/girl.

7. They Are Natural Comedians

There’s something about being the youngest that brings out the Dave Chappelle in them. They utilize almost every opportunity to make a joke or do something funny. Whatever it is, don’t get offended by it—especially if they try making fun of you. Realize that they’re just trying to be funny. To them, it’s a performance – a trait they’ve picked up while struggling to stay in the spotlight in a family of twelve. Their main objective is to get you to laugh (which incidentally lights up their day), not to hurt you. What would be ideal is to guide their humor and make sure it doesn’t stray into shady territory—which is everything from lying, being crude or just plain ol’ insulting. Remind them of the advice of Imam Ali (as), who said, “Make humor in your talks, like salt on food.”

There is much, much more that can be said (if you have any tips—feel free to comment below and share them with us!) and I’m sure more qualified advice could be given, but I feel that while there’s at least a discussion about parenting that’s beginning to take place within the Muslim community, there’s next to nothing available on how to deal with siblings. If this article at least starts such a discussion, insha’Allah (God willing), then that would be an excellent start.

I would love to hear your thoughts and comments.